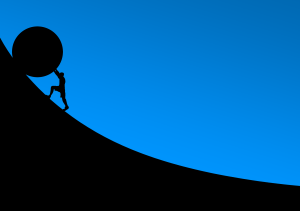 The news regarding a new drug indicated to treat Dravet Syndrome having received a positive opinion from the European Medicine Agency was largely applauded in our community some weeks ago.

While we feel lucky with several treatment options in the pipeline, at least compared to some other severe diagnoses, the way from when we first get hopes to when a drug is officially put on the market is a very long one.

Fortunately, the patient organizations nowadays are more and more helpful in pushing ahead these joint efforts and making this road less bumpy. Whether it is announcing patients about trials being open, collecting feedback and getting data together, the role of these patient associations has become more and more valuable.

So, today, we would like to cherish together all the parents in the Dravet community that made possible to have another dedicated medicine on the market.

Among the series of initiatives that made possible this success was a survey done by Dravet Syndrome European Federation (DSEF) during the summer of 2020 to show the patients’ perspective on the benefits of treating Dravet Syndrome with Fintepla (fenfluramine).

“Fenfluramine clinical trials were conducted in pediatric population, between 2 and 18 years, but our data were collected from patients between 1 and 40 years. So, the fact that it also got approved for the adult population was based on the data collected and this is very important”, says Julian Isla, Chief Scientific Officer for DSEF.

The data that Julian mentions were collected from 118 patients in Italy, Spain, Netherlands, France, Belgium, Switzerland, UK, Germany and US.

Dr. Ana Mingorance, member of the Scientific Advisory Board of DSEF, added that almost half of the parents involved in the survey said that the quality of life was very much improved after starting the treatment with fenfluramine and this was also the case for patients older than 18.

“My son was so lucky to be included in the Belgian open label study. He started fenfluramine in 2014, and went from an average of 80 tonic-clonic seizures per month to 10 per month and stayed quite stable over the years”, recalls Myra De Groot, mother to a Dravet boy from Netherlands.

She also said that when a medicine is successful, you passionately want other patients to benefit from it as well. And this is why she supported the presentation of the survey findings at the European Medicine Agency. “This is such an important step. My hope is that Fintepla will become available for as many Dravet patients as possible in all European countries”, added Myra about EMA decision.

Earlier this year, Fintepla, which is produced by California-based Zogenix, was also approved by the U.S. Food & Drug Administration (FDA) for the treatment of seizures associated with Dravet syndrome in patients aged two years and older.

This publication and the survey mentioned above did not involve Zogenix in any direct way and represent solely the Federation’s initiatives.