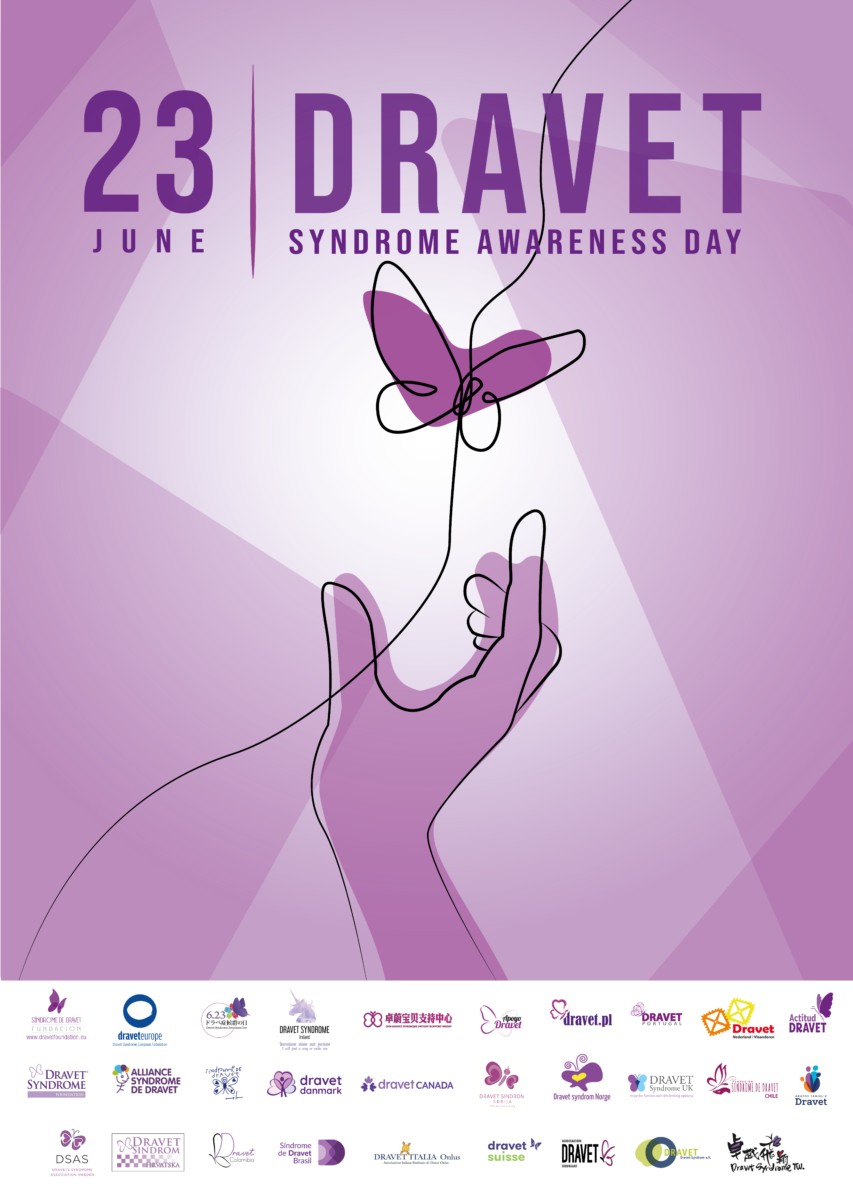 Butterflies all around the world!

Created at the initiative of Dravet Syndrome European Federation (DSEF), formed by 17 member organizations from 15 European countries, the visual is the creative work of volunteers from Fundación Síndrome de Dravet from Spain.

Along with members of the DSEF, there are also Dravet Syndrome Foundation from the US, Dravet Canada, Dravet Japan, Dravet Taiwan, a group of Dravet patients from China, as well as organizations from South America – Argentina, Brasil, Chile, Colombia, Uruguay.

Although each patient organization has developed independently their own visual identify, out of all the participating groups in this year’s banner it is easy to notice that a vast majority have as symbol a purple butterfly.

Why is that? First of all, purple is already recognized internationally in association with epilepsy and while Dravet Syndrome is a severe condition with many more symptoms besides seizures, it is still considered to be an epileptic encephalopathy. We owe the purple color to a young Canadian named Cassidy Megan, suffering herself from epilepsy, who in 2008 had this idea of creating the Purple Day as an awareness event to dispel myths and inform those with seizures that they are not alone.

The root behind the butterfly symbol goes however way back in time. Considered to be the parent of neuroscience, the Spanish scientist and Nobel laureate Santiago Ramón y Cajal (1852-1934) became famous for his observations and drawings on the composition of the brain, revealing neuronal cell bodies and delicate projections that connect individual neurons together into intricate networks.

“[…]my attention was drawn to the flower garden of the grey matter, which contained cells with delicate and elegant forms, the mysterious butterflies of the soul, the beating of whose wings may someday (who knows?) clarify the secret of mental life…” is how Cajal described his work reunited in the volume “Cajal’s Butterflies of the Soul. Science and Art”.

June 23 is international Dravet Awareness Day. Help us make the world’s garden a better place for all the purple butterflies flying around! We wish for them to have better diagnosis opportunities, equal access to treatments, a better quality of life, and, our biggest dream, a cure!