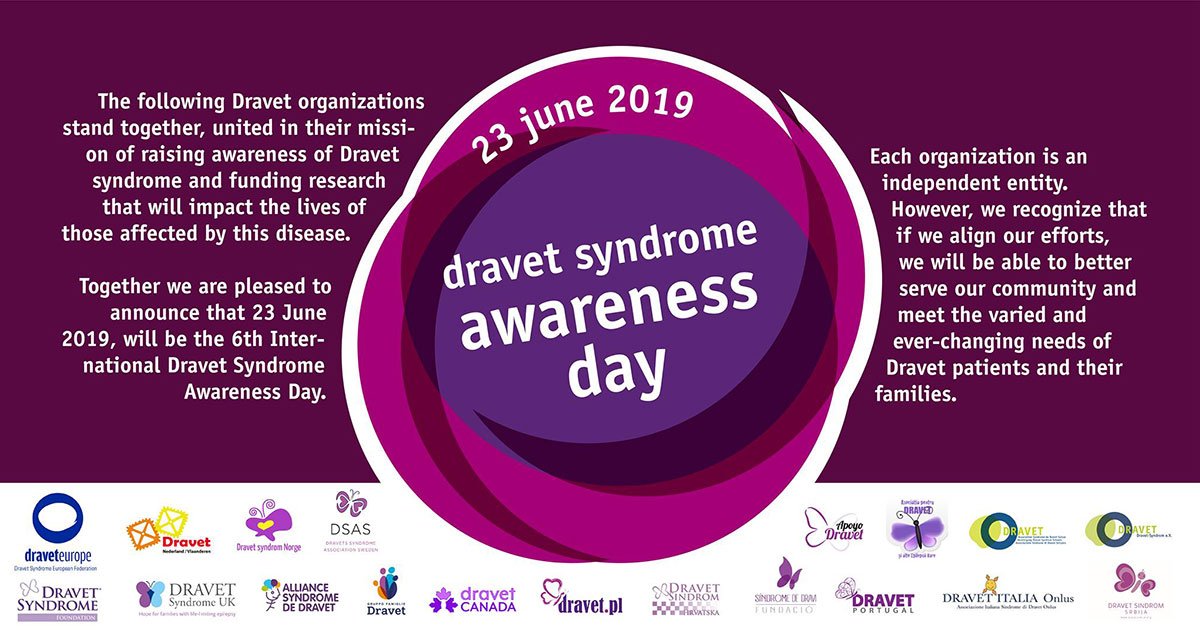 The fifth Dravet Awareness Day will be held on June 23rd.

The fifth Dravet Awareness Day will be held on June 23rd. On this day, patient organisations around the world call attention to the rare “Dravet Syndrome”. People with Dravet Syndrome have very hard to treat epileptic seizures, a mental disability and a host of other symptoms such as walking, sleeping and behavioural problems. About 17 percent of patients die before adulthood is reached. The disease affects 1 in 22,000 people.

The cause of Dravet syndrome is a genetic mutation. This is usually originated with the patient, not passed on by the parents. The first symptoms are severe epileptic seizures that start at baby age. Patients with Dravet syndrome continue to suffer from epilepsy throughout their lives. Seizures are sometimes life threatening and can result in a status epilepticus (a seizure that is very difficult to stop). In Dravet syndrome sudden death (SUDEP) also occurs relatively often. Together with the other problems, this has a huge impact on families living with this disease.

Over the past fifteen years, Dravet associations or foundations have been established in a large number of countries. They are a great support for the families affected by Dravet syndrome. In Europe, the Dravet organisations have united in the Dravet Syndrome European Federation (DSEF). Together they work on a better quality of life for Dravet patients. They do this by organising international meetings at which professionals exchange knowledge and experience, by investing in a patient register that collects data about Dravet syndrome and by facilitating and financing scientific research.